It was a precursor to today’s TripAdvisor, but it saved lives

In the not so distant past, traveling for black people was not as pleasant an undertaking as today.  Right after Reconstruction, laws were passed to ensure the permanent second class status of black people.  Many whites felt that blacks were ‘too free,’ so laws were instituted to make sure that they knew their ‘place’ in society.

They were not allowed to travel freely like white people.  Many hoteliers refused them service as did restaurants, gas stations, amusement parks, etc.  It was life-threatening for those who found themselves in the unfortunate situation of being caught in ‘Sundown towns.’  It wasn’t unusual that direct eye contact with or speaking to whites could get you thrown in jail for the offense of ‘reckless eyeballing,’ assaulted or even killed. 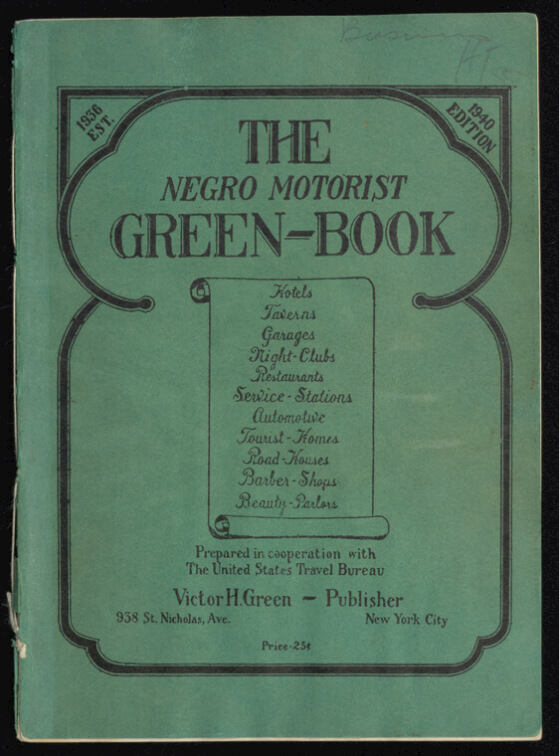 As black people began to enter ‘middle class’ professions, they desired more dignified means of transportation.  Until then, they were forced to ride in the back of buses and give up those seats if a white person was left standing.  They’d suffered every demeaning act possible under vicious Jim Crow laws, which dictated where they could live, what they could wear, which jobs they could be hired for, among other indignities.

Social activists encouraged those who could, to purchase automobiles to save themselves from the humiliation of public transportation.  With their own transportation, they could explore areas outside of their immediate environment.  But where could you travel to without risking your family’s safety? 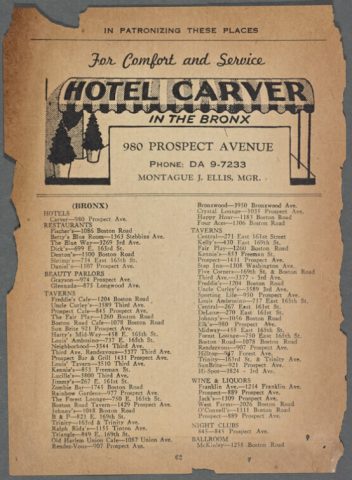 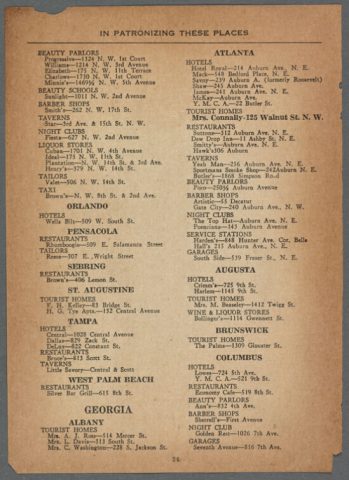 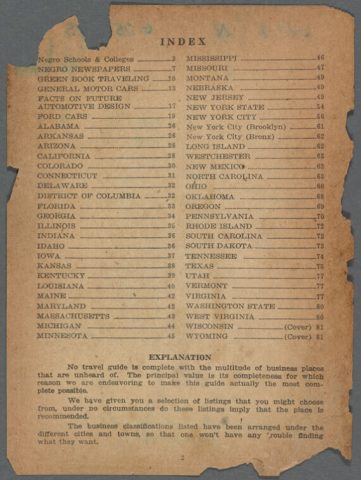 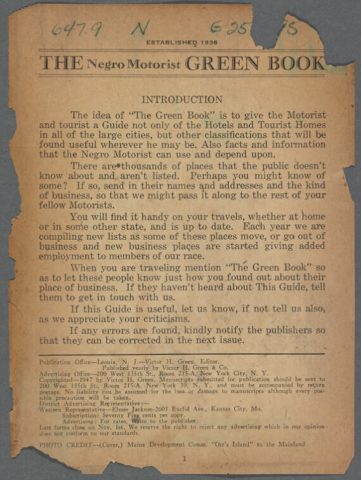 The guide depended on travelers to inform them of the various businesses who welcomed black people. It became so popular that he soon expanded throughout most of North America including Canada, Mexico, the Caribbean, and Bermuda.  Like anyone else, black people wanted to find respite and relaxation but had to stay mindful of those who would do them harm.  That is why this guide became so crucial and necessary.

It had become tiring to travel with buckets to relieve themselves in because they were refused the use of public restrooms during their travel.  Or to pack lunches for long trips because restaurant owners would refuse service.  Or to take containers filled with gasoline in the car so that they would not run out of gas especially during the night.

It was imperative to find businesses who would make their journey less taxing and this guide provided the necessary information gleaned from the experiences of black motorists around the continent.  With the passage of the 1964 Civil Rights Act, these discriminatory practices were ostensibly illegal, though, they continued more covertly.  The guide ceased publication two years later, but some would argue that certain practices continue.

There are still places where people of color are seen as a suspect for being in a particular location.  Many municipalities receive 911 calls because ‘concerned’ citizens see a PoC walking in their neighborhood.  Currently, Airbnb.com is fighting to end racial discrimination amongst owners who refuse to rent their properties to black people.  Such realities have given rise to new start-ups like Noirbnb, a clearinghouse that proclaims: “We’re creating a welcoming and safe platform for people from all walks of life to access curated accommodations & experiences on a local & global level.”

It’s serendipitous that I write this post on July 4th, the day that we celebrate our nation’s independence. One day, I hope that our country will truly live up to its creed.  Unfortunately, it only proves that the more things change the more things remain the same.

But I know that we can do better and we must.

Previous Post: « A day trip to the Great Smoky Mountains
Next Post: The Top 5 Carry-on Bags Under $60 »