You are here: Home / Budget Tips / Fire your Satellite or Cable Company and Never Look Back!

Why You Should Fire Your Satellite or Cable Company For Good!

There is no one more devoted to the idiot box than I. But that didn’t mean that I had to become one to be able to watch the shows that I love.  The price of watching television has become ridiculously high without justification.

The more I hear about how high the prices are for cable and satellite TV, phone and internet service, the more grateful I am that I decided to make some changes a few years ago.  I was paying what could be considered a lease payment for a car for the pleasure of having these services.

When you consider the bazillion television channels that they offer for ransom, you quickly realize how few channels are worth watching. 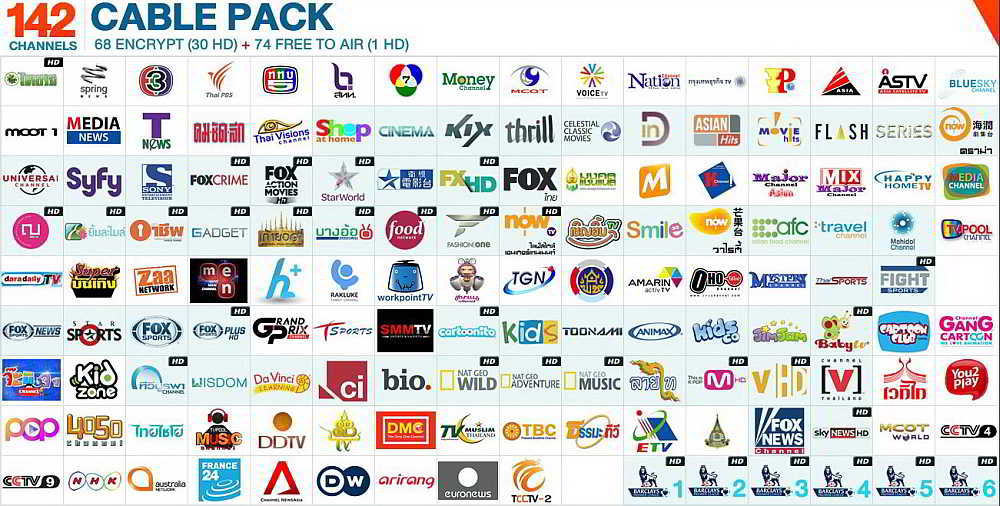 Do this.  List all of the cable channels that you presently think you can’t live without having.  You will notice that a couple is offered in the basic package aka “ridiculously priced, but we’ll still allow you to buy this week’s groceries” package.

Next, you will find a few listed in the next package level and so on.  Soon, you will realize that to get every channel that you ‘desire’ you will have to purchase their top-level plan or else.

This is where you begin to realize that maybe there is too many home improvement shows being produced. You can certainly live without the glut of ubiquitous “reality” shows. You shouldn’t have to pay through the nose to be entertained.

So, I decided, along with many others, to rebel.  There is no need for these services to cost so much.

I have no problem with someone trying to make a profit, but human decency should be factored in at some point. For example, Comcast has scrambled all local channels.

“Over the past four years, Comcast has gradually required its customers to add some cable box on all of their TV sets, giving the company more control over the content the customers view and potentially more revenue from box rentals.

The move also pushes customers with entry-level cable service to upgrade to digital packages, increasing their monthly bill by 300 percent or more. It was endorsed last year by the Federal Communications Commission, which accepted the cable industry’s arguments that further encryption was needed for security and environmental reasons.”

This is pure evil, and it’s endorsed by the very agency that should be protecting the consumer’s interest.  So, our lesson is that we have to look out for our interests. 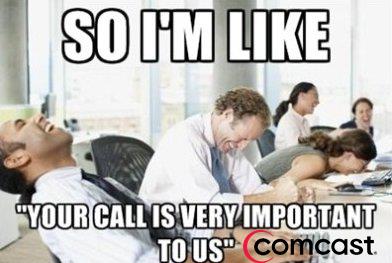 The first thing I did was cancel my land line.  I never used it and only kept it because I thought I should have a phone that would (ostensibly) never have to be charged.  I must have been thinking about the rotary phone that I had as a child because the current one had to be charged. It’s one of those out of sight out of mind things.

It was a household appliance that I wasn’t using but dutifully paid for it once a month.  I decided that it was time to purchase a cell phone finally.  After researching a myriad of options, I settled on Virgin Mobile which had limited coverage. But the monthly rate of $25.00 for unlimited data and web and 300 minutes was a perfect fit.

I had no plans of using it that much, so the number of minutes wasn’t an issue. I usually ended up surfing the internet quite a bit; it was portable and convenient, so it worked for me. Soon, I began to notice the limitations of Virgin Mobile.

There weren’t many towers, so it was difficult to get reception at times.  I have since moved over to the dark side aka AT&T with a much better phone and overall service.  I’m paying for service for two phones and one tablet with unlimited calls, ten gigs of data for 127.00 per month. Still a little rich for my blood, but it’s okay for my current needs.

Next, I decided to purchase an antenna for my television so that I could get all of my local channels.  The local cable company charges roughly 19.99 a month for locals.

I paid that amount for a flatwave antenna that connects to your television via a USB port.  I was able to pick up a total of 32 local channels.

I’ve recently checked the current prices for flatwave antennas, and I have to say that the prices have almost doubled. Manufacturers realize that cutting the cable cord is a real thing for consumers these days and they’re not above riding the financial wave.

As much as I love my locals, I will admit that it felt a little lonely without my cable standbys like “The Walking Dead.” My solution was to purchase a Roku.

I use it to stream television shows via the internet from services like Netflix and Hulu Plus.  (You can also invest in the newer Chromecast that costs less than 40 bucks.  It looks like a flash drive and plugs into the tv’s USB port.  Read a review about Chromecast here.)

You will be able to watch entire seasons of your favorite shows this way.  Admittedly, it takes a few months for current programming to show up on Netflix, so don’t expect to watch anything live.

Each service costs $7.99  per month.  The Roku unit looks like a cable box and costs between $59.00 – $99.00 depending on the type that you want.  There are no other costs associated with operating the unit.

Roku offers unique programming as well.  You can find them with a simple google search for “Roku private channels.”

After a couple of years, I got rid of Hulu Plus.  It offered a lot of local programming, but you could only view it the day after airing.  At the time, there was no CBS programming provided, but there was a lot of foreign programming that I had no interest in.

I thought it was pointless to continue paying for it. Instead, I watch some of the shows that they do offer that Netflix doesn’t and that’s some of my Home improvement programs from HGTV and the DIY networks straight from their website for free.  Additionally, you can watch network television directly from their respective websites for free. 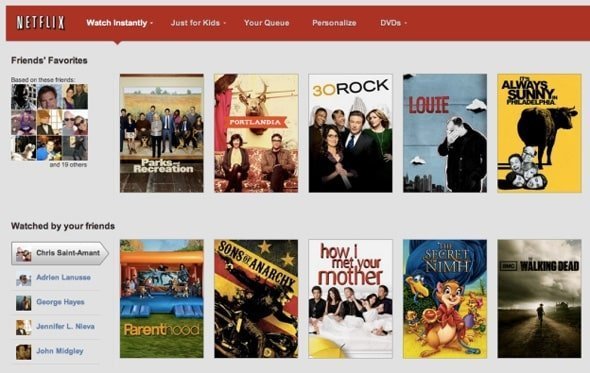 Netflix pretty much provides me with all of the entertainment that I need.  They offer some of my favorite network shows and lots of popular Cable shows that I enjoy that I can spend an entire weekend binge-watching.

Additionally, they have some pretty decent shows that they produce.  Add their vast movie collection to the mix, and there is no reason to waste ten bucks at the movie theater.  I can spend less than that for a month’s worth of entertainment with Netflix.

are you ready for some football?

Satellite companies are another source of frustration for sports fans who would love to give them a kick over the old goal post.  DirectTV has a death grip on some subscribers because they have a monopoly on some of the major sports events like their Sunday Ticket package.

That’s about to change now that CBS has Thursday night football which will hopefully encourage people to abandon their subscription with DirectTV.  With any luck, it will help you to finally fire your Satellite or Cable Company.

Fans will now have a Thursday night game, three to four games on Sunday afternoons and a Sunday night game. They’re essentially getting half of the offered games for free vs. paying $300+/year for all 12 games a week.  Additionally, you can watch Sunday night football games via simulcast online at NBC Sports. 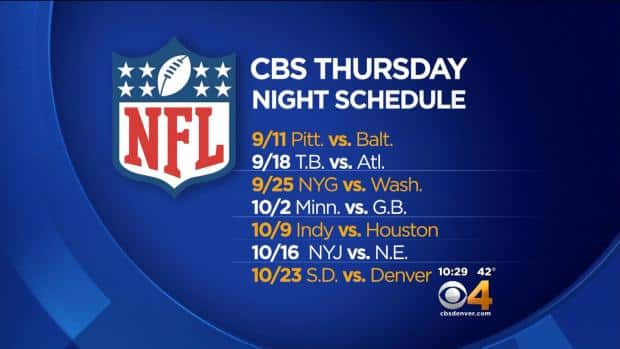 If you are looking for another way to cut back on expenses, cut the cable and satellite cords.  It could potentially add up to at least $100.00 a month in savings!  Will it require an adjustment to your usual tv routine?  Surely.

But you’ll be too busy counting the money you save to notice. I’d love to hear what you think!  Are you satisfied with what you are paying now?  If not, do you have any plans to reduce your current bill?

Previous Post: « Cruise Tips for First-Timers [THE NEWBIE’S GUIDE, Part 1]
Next Post: A Salute to Fall from Prince Edward Island! »

ALWAYS BE READY TO READ ON THE GO! 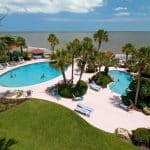 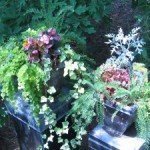 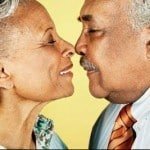 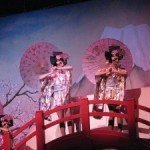 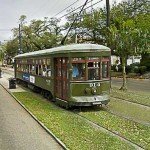