You are here: Home / Fun stuff / Where I am likely to vacation (i.e., run for my dear, sweet life) when the Zombie Apocalypse finally hits

Say what you will, this Zombie Apocalypse thing has people talking and to some degree, I think some are looking forward to the possibility of it happening.  So I decided to run with the idea of what to do in case it does.

I decided to write about something a little different (and fun!) today. Perhaps, I am going through withdrawal symptoms, given that The Walking Dead is on hiatus until October 14th and this allows me to work through my pain.  What would I do, should such an unspeakable horror occur?  Keep reading to find out.

Hey, buddy! I don’t think you get a say in that.

Rule number one: Never count on a Politician to save you

To the untrained eye, it seemed like the Canadian Provincial government had their priorities straight.    However, closer examination yields that like most governments, they have broken their promise.  Small wonder that Governments rarely survive such a catastrophe!  Which one do you ask?  The Zombie Apocalypse which could totally happen, by the way! Ask the CDC!

I think there’s a great possibility that people could wake up one day with a thirst for someone else’s flesh and brain matter. Before you laugh, have you seen the way our own (American) Congress has been acting up lately?  Scary, huh?   Or………. I could be watching too many episodes of The Walking Dead.   So, there’s that.

It’s strange that no one has been able to explain why people would start feeding on one another.   I am going to have to take a guess at what may have happened and say it was an environmental disaster (or maybe sabotage?) that rendered the populace into zombies and spared a select few.  Naturally, the assumption is that I will be amongst the latter or this exercise is a complete waste of our time. 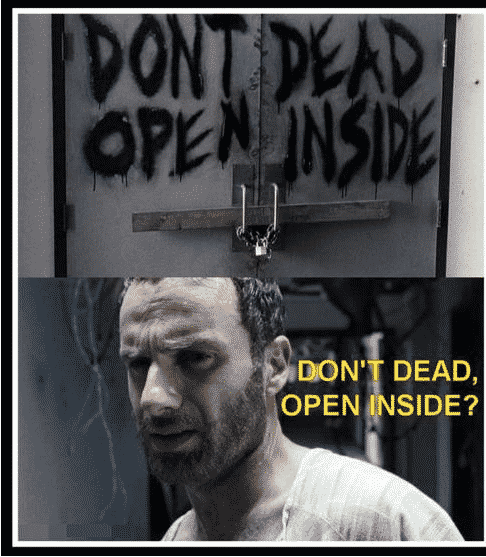 This is really not the time for riddles. When giving warnings that can mean the difference between life and death, clarity is a must!!

Rule two: It’s every man or woman for him or her self

I think it goes without saying that Zombiedom essentially condemns you to the most god-awful living (or undead) conditions. Watch any zombie movie and you would be hard pressed to find anything but unsanitary, dilapidated, inhumane conditions….but enough about my last hostel stay.

One would have to surmise that there was a dreaded chemically-induced genesis to this catastrophic event because it looks as if an atomic bomb was dropped on the entire globe.

The Walking Dead gives me a little hope in that most structures are still rendered stable and livable provided you build a bonfire to eliminate the less fortunate victims who always seem to be left behind in their beds, on their sofas, etc.

I’m often left wondering if they decided to stay and see what happens or accepted their fate? 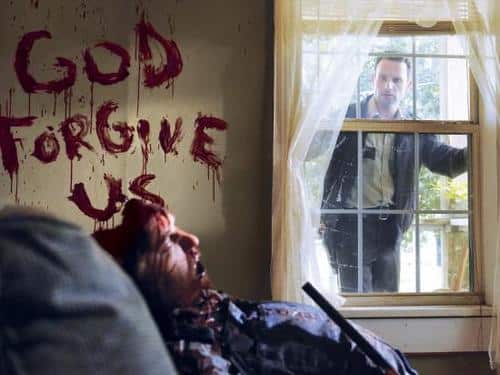 Selecting the right house for safety and shelter can be problematic at times, but the good news is that no one will be giving you sass.

Rule three: Have a plan of action

Alright, let’s get serious for a moment and ponder about what I would do and where I would go if by some cosmic miracle I could find a living and breathing pilot to get me away from this hell on earth on short notice?

I would pack up as much food and water as I could as I battled fellow survivors for any canned goods left behind at the grocery store.

I would thank the stars above that I won’t have to deal with ridiculous baggage fees or worse worry about having to abandon said luggage due to weight restrictions.

I’m not sure if the apocalypse would noticeably change anything related to the TSA.  But any issues with them (real or imagined) would no longer be a problem because I am sure karma would render most of those agents as useful as they are today, but they would never be able to clock out.  Muaaaah—-ha—ha—-ha!!! 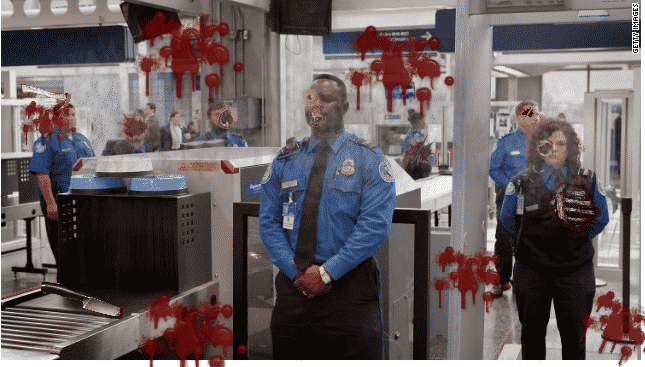 I’ve got your job security for you!

I would bring a few clothes and sensible shoes because I would hate to get bitten because of my hurt feet and I couldn’t outrun the dead.  I would be able to freely carry weapons to protect myself.  On general principle, I would find a Katana sword just like the one that Michonne brandishes on The Walking Dead.  I can attack from a safe distance and avoid alerting the others as I whittle their numbers down. 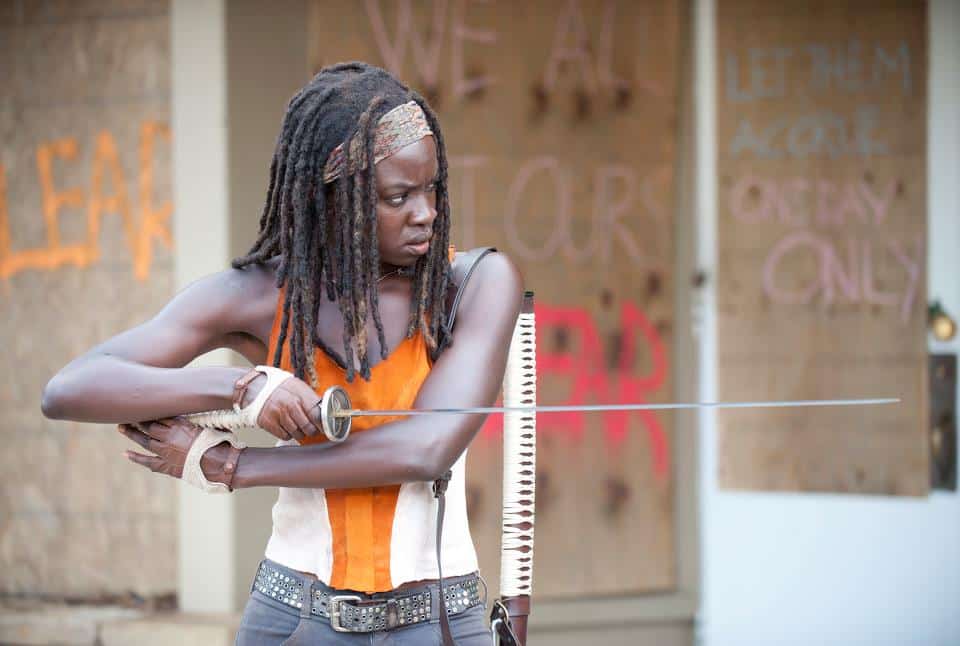 No one can wield this sword like Michonne who prior to the apocalypse had only been trained in fencing. Guess, I’d better get busy.

I would surely stay away from the cities.  I would probably just stay away from the entire USA and the city of London period since that seems to be where zombies like to congregate, at least according to Hollywood.  It never seems to end well.  And as discussed above, no government will exist, much less come to save you.

Big cities can be problematic.  Especially if the catastrophe manages to destroy all living things like in the book, “The Road” by Cormack McCarthy.  All vegetation would wither at the root and collapse, animals would die and cannibalism would be the new nouvelle cuisine for those who managed to survive.  In that case, all hope would be seemingly lost, but I would like to think that I would still attempt to fight my way through it all. 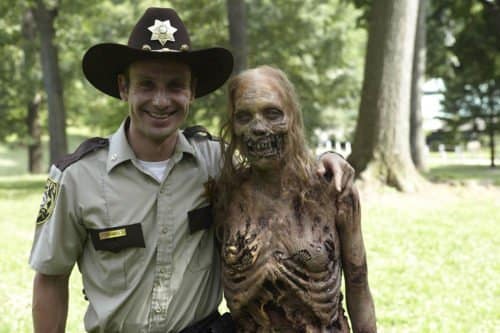 It’s probably best not to fraternize with the undead, no matter how affable they may seem to be.

I would probably end up on an island, after doing a thorough sweep, of course.  I know for a fact that zombies can’t swim nor operate machinery so I should be relatively safe.  They’re fairly slow but can become quite dangerous as a herd.

Now, what island would be the best candidate for my daring escape?  I will go with Easter Island.  It’s the world’s most remote island but if by some chance zombies showed up…..probably because a ship that has become infected, shipwrecks there…..maybe they will feast on the Moai because let’s face it, zombies aren’t that smart. 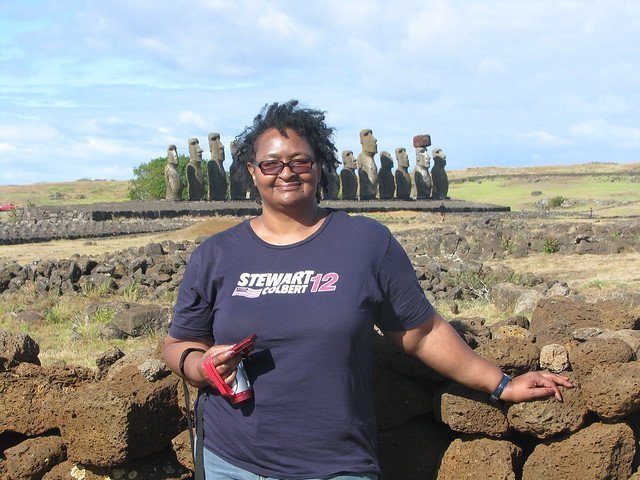 This would be me, chilling like a villain and hoping that the Moai take a few for the team while I make my getaway. Of course, I would have to take a pic first!

Rule five: Have a survival game plan, just in case you do

I’ll just sneak up on them, katana in hand and take them out one by one.   Now, some would say that since Easter Island has been deforested, my cover would be blown in no time (I think Cormack had a hand in this!).  Despite all of their failings, the walker’s eyesight is excellent.

So, don’t let their sunken eye sockets and bloodshot eyes fool you.  They can see and smell you without much effort, so it probably wouldn’t be wise to tempt fate.   I think that would work to my advantage because I would be able to see them easily too.

There would be a plentiful supply of tropical fruits, beautiful landscape and a smaller populace (if they’re infected, there will be fewer to fight).  The negatives would be fewer resources due to its distance from the mainland so that would make life just a little tougher.

If things work out the way that I hope, maybe I will have a happy ending (mostly) like these folks: 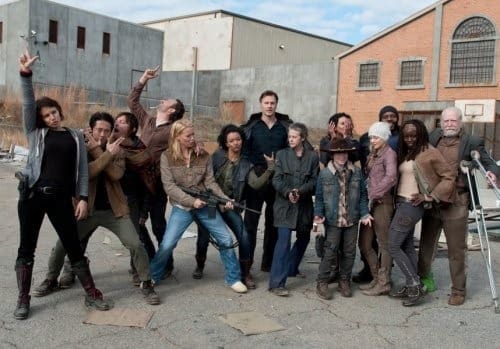 If……. heaven forbid, a Zombie Apocalypse were to happen….where would you go?  What would be your plan of action?  Please share your thoughts in the comments section!

Previous Post: « A Review of Gatlinburg Falls Resort in Tennessee
Next Post: How Does Spending The Night In An Igloo Sound? » 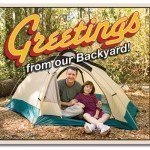 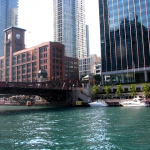 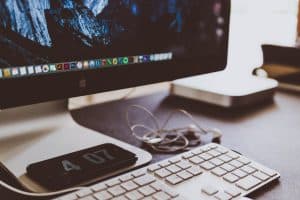 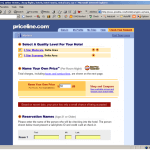 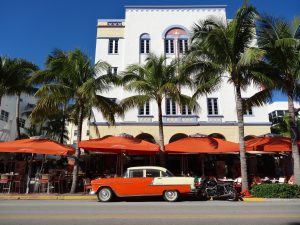