You are here: Home / South America / Why I Could Easily Make Santiago, Chile My Home 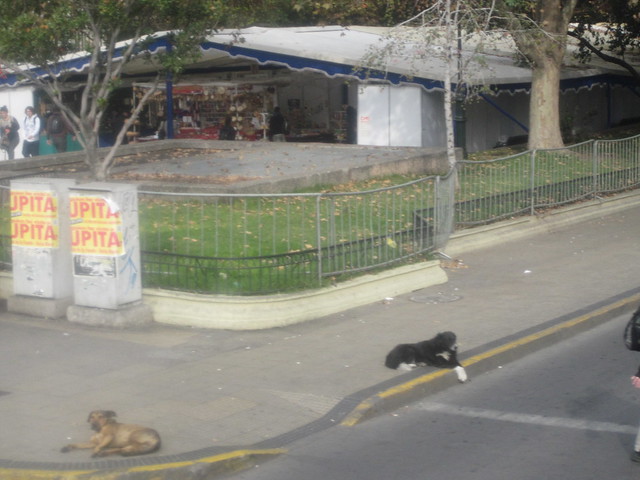 Neighborhood dogs relax like a boss on the street corners of Santiago unencumbered by meddling humans. We witnessed packs of roaming dogs throughout South America where most were left to their own devices. Rumor has it that they are not spayed or neutered due to strong Roman Catholic influences in the continent. I can neither prove nor disprove that rumor, but there is no refuting that anyone or anything could feel at home here.

There are some places where you never feel as if you are a stranger.  Even though you’ve never seen the place before, you feel some kinship….some familiarity.  You can find yourself walking down avenues and boulevards that you may have once dreamt about, but it was never real until now. 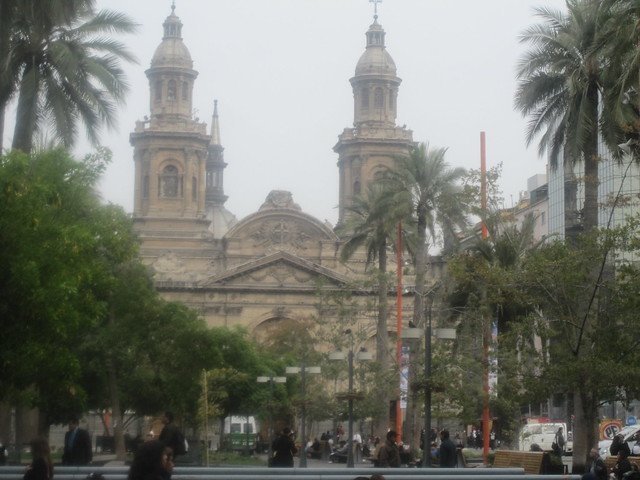 Nestled in the background of this open courtyard is the majestic Metropolitan Cathedral of Santiago. One of the things that I found to be most welcoming was the random green spaces that allowed you to sit and take in your surroundings.

Some places, instantly make you feel at home. 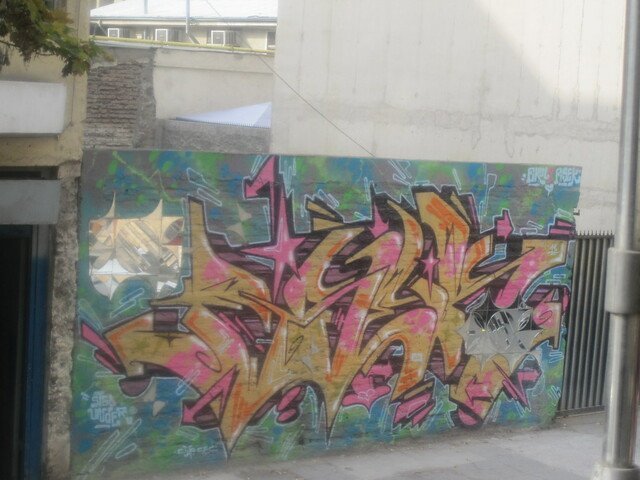 I have never been a fan of graffiti; usually, because I’ve always viewed it as ‘angry splatters of black spray paint’. Somehow, it became art on the streets of Santiago.

I felt that way about Santiago, Chile.  It is a magnificent city that was a complex combination of the best of several centuries.  One of the things that I noticed is that it is bustling and business-centric much like New York City. 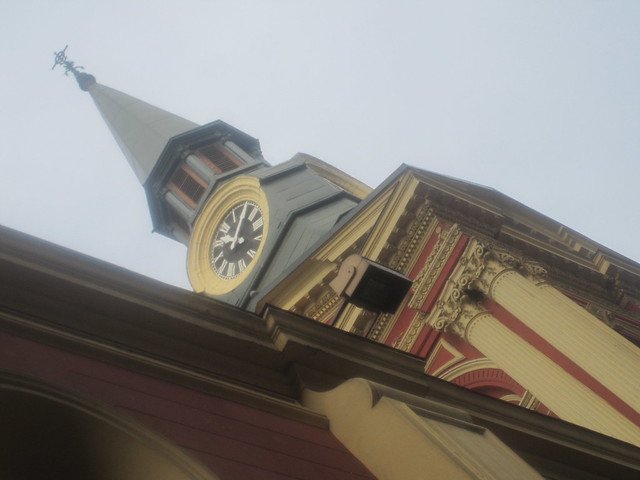 We passed the Basilica de La Merced in Santiago every morning after leaving our downtown apartment. It was always a delight to see the unusual as you are taking a stroll.

While Santiago is roughly half the size of New York City and boasts two-thirds of its population, I never felt quite as claustrophobic in Santiago as I do in New York. 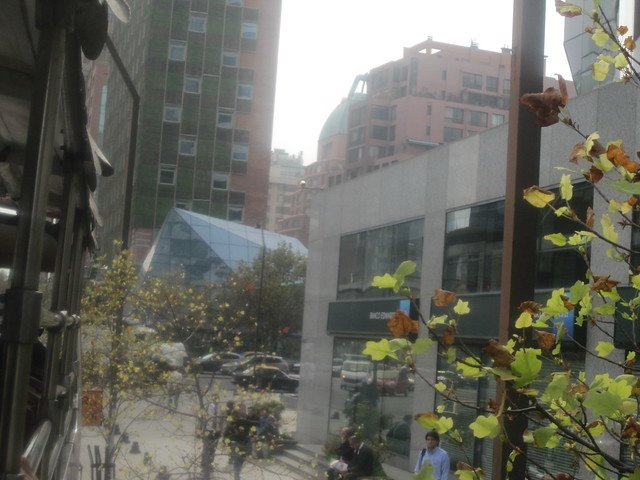 Who wouldn’t love looking at these beauties every day?

I think it’s because the city’s grid system makes more sense, city blocks are massive which allows for more free-flowing pedestrian traffic as well as an improved and cohesive vehicular traffic, both public and private. 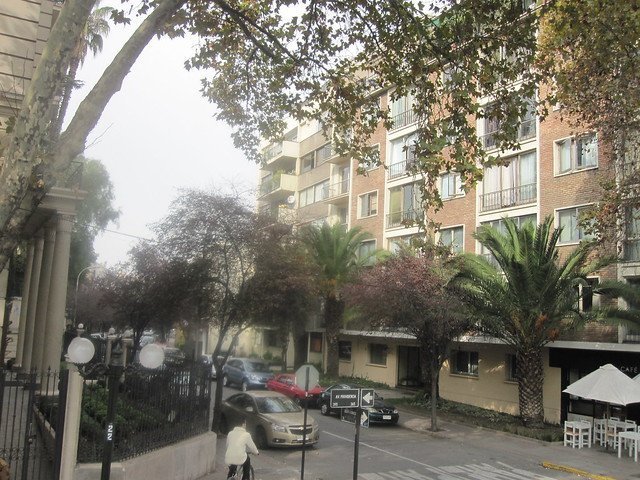 A lovely residential area of Santiago.

Today – Santiago, Chile is one of the major financial centers in the world.  Bolstered by the presence of several multi-national corporations, a thriving middle class, a solid infrastructure including a top-notch subway system that acts as the blood through the city’s vast arteries. 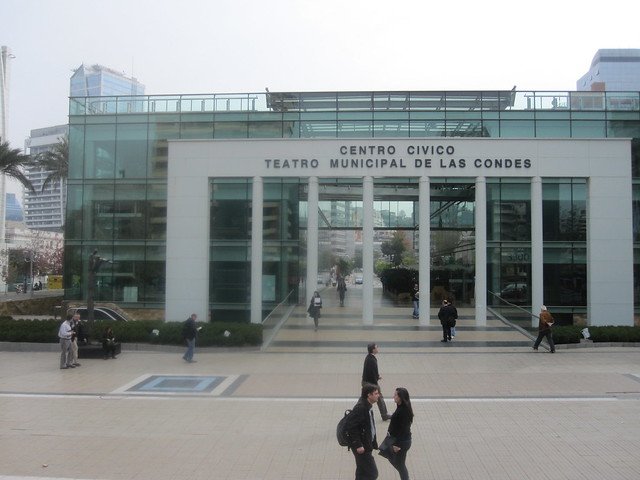 Comforting to know that no matter what city you find yourself in there will always be a “Civic Center” somewhere.

So, yes, it is like most metropolitan cities.  It has a little bit to offer anyone no matter their particular proclivities.  We decided to rent a lovely apartment during our stay and got to experience the city as the locals do. 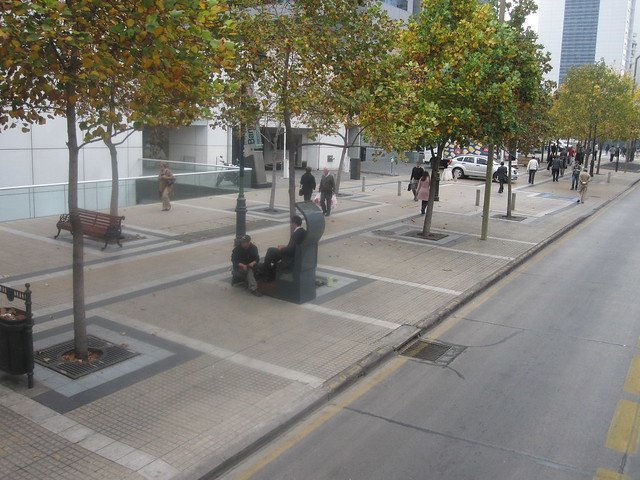 A businessman takes time out for a shoe shine during lunchtime.

One thing that we noticed while watching television that we could easily master fluent Spanish within three months if we fully immersed ourselves by speaking Spanish only to our neighbors. 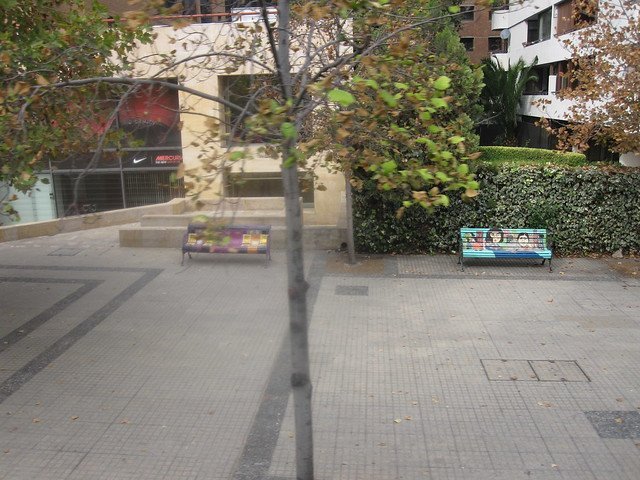 Santiago….where even the benches become pieces of art.

The food is great, the environment is exceptional, the people friendly, the infrastructure constantly improving…..why wouldn’t anyone find this appealing?

What city has similarly moved you?  Is there another place that you would move to in a heartbeat if you could?  Feel free to share your dream destination in the comments section.

Previous Post: « In Search Of Artistic Sedona, Arizona: A Walking Tour Of Exposures International Gallery Of Fine Art
Next Post: Candid Photos I’ve Taken On Trips That Have Inspired, Surprised And Puzzled Me »