You are here: Home / Inspiration / Not all those who wander are lost

There are certain unpleasant truths in life.  Racism is one of them because it refuses to die a natural death and can and will live on forever into eternity if left unchecked.  Many would have us believe that it’s unfashionable or gauche to declare this fact.

I suppose it’s because it’s uncomfortable for them to acknowledge it and it’s easier to either to deny or ignore the damage that it causes to the ones it’s aimed at and the one who doing the aiming.  As long as it is marginalized and not dealt with forthrightly, it will continue.  But it doesn’t have to.

A travel blogger friend of mine was relating to how she’s constantly refused taxi service in Indonesia.  Of course, there will be the requisite declarations about how difficult everyone has it.  It’s one thing to suffer from the mere state of being human.  It’s another to suffer because of preconceived notions about your status as a human being. 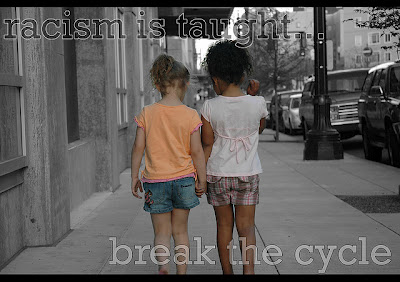 There is an old saying, “Your blues ain’t like mine”.  It’s not meant to minimize anyone’s personal journey.  It is meant to illustrate the difficulty and the ridiculousness of being made to pay for a deficit that exists only in the mind of the person holding false truths about someone.

I’ve always felt that I can’t make everyone love me, nor would I want to.  But I  refuse to tolerate blatant disrespect that I’ve never earned.  This same friend has been notified by her broker that the owner doesn’t want black people living in the apartment that she’s paid for six months in advance.

“Perhaps travel cannot prevent bigotry, but by demonstrating that all peoples cry, laugh, eat, worry, and die, it can introduce the idea that if we try and understand each other, we may even become friends.” – Maya Angelou

At some point, people will have to stop being lazy.  They will have to bother getting to know their fellow human being by personal experience rather than propaganda promoted by certain media outlets.

The truth of the matter is….there are good and bad people in the world.  To believe that ‘bad people’ are wrapped in a particular skin color is convenient, stupid and blatantly ignorant.

Stereotyping allows one to mass brand and dismiss people who one deems to be inferior.  The mere fact that one thinks they are superior to another by virtue of the fact that they have a different skin tone, hair texture, eye color….whatever, is so insulting to mankind in general and embarrassing in particular, for the person holding that point of view.

I can’t tell you how many times I’ve heard a black traveler say that they’ve gotten poor treatment in Europe and Asia in particular until they speak and the offender realizes that they are American and magically, they are suddenly treated with deference.  So, they happen not to be Africans and suddenly they command respect?  What an insult!!

So, what is the solution to this problem?  Can we hypnotize the world and make everyone suddenly love and accept one another?  Hardly.  Acceptance of one’s fellow man/woman has to come from the heart.

Usually, people fear what they do not understand, which begs the question of why is it necessary to try to understand someone who just happens to be different?  Is it that person’s problem that you have an issue with them simply because you haven’t made the effort to step outside your familiar circle?

Is it up to the targeted person to make you feel relaxed and secure in your own ignorance or would it behoove you to reach out and educate yourself?  In my opinion, that would be the first step.  Whatever preconceived notion that you have of anyone…..whether they look like you or not…..let it go.  Challenge yourself to be more cerebral and not give into bad habits, stereotypes, and xenophobia.

“Twenty years from now you will be more disappointed by the things you didn’t do than by the ones you did do. So throw off the bowlines, sail away from the safe harbor. Catch the trade winds in your sails. Explore. Dream. Discover.” – Mark Twain

As for my fellow travelers who have been discouraged by this behavior and those who have yet to start ticking off their bucket lists….do not stop traveling.  One of the major concerns that black people have about traveling is how they will be perceived or treated by other cultures.  Personally, that has never been mine.

I’ve felt from the outset that I had as much right to travel as anyone else and if someone else disagreed, that was their problem.  The worst thing that you can do is to let narrow-minded haters win.  There are so many beautiful, exceptional wonders of this world waiting to be revealed to each of us…..how can you allow anyone to steal that opportunity from you?

The world needs to know that we are not going anywhere.  We are not hiding nor will we make apologies for anyone else’s shortcomings.  In a way, we are like pioneers.  Some cultures have had little to no exposure to other races, so let them see us in their stores and restaurants.

We are here to stay and we will be everywhere.  The world belongs to all of us, not a select few, so some folks will just have to get over it.  Or don’t.  In the end, it really won’t matter to the rest of us.

“May all your trails be crooked, winding, lonesome, dangerous, leading to the most amazing view, where something strange and more beautiful and more full of wonder than your deepest dreams waits for you.” -Edward Abbey