You are here: Home / Inspiration / Don’t Worry, Justin Bieber…..They Love You in Santiago, Too

They started marching past us at approximately 4 pm.  I thought that my movements were quick and not easily detected, but I had been found out.  She spun on her heels and walked toward us as we attempted to look less conspicuous and started mindlessly snapping pictures feigning ignorance to the fact that she was about to approach us. 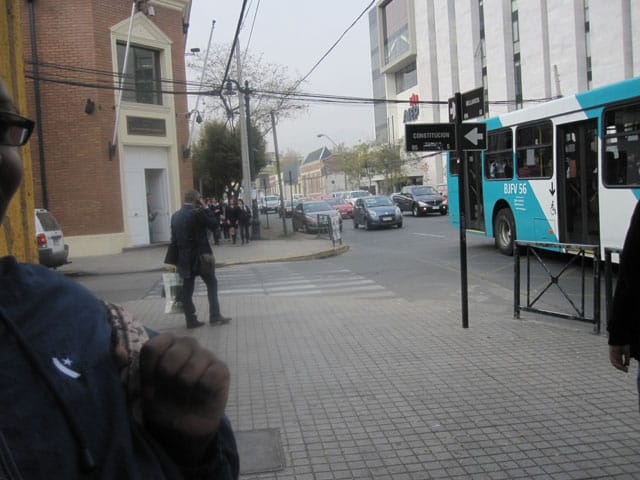 “Are you American?” she asked in broken English.  “Why……um…… yes, we are?”  I sputtered; somewhat embarrassed, somewhat intrigued.  Her face slowly began to prepare for one of the biggest smiles I’d ever seen.  “I LOVE Americans!!”,  she exclaimed.  “Do you know Justin Bieber?” , she asked excitedly.   I smiled instantly knowing that teenage girls were simply teenage girls whether they lived in the states or in metropolitan areas like the city of Santiago, Chile, where we presently stood.

“I know of him, but I’ve never met him.”, I offered.   I had no idea that a child could easily scream a range of several decibels in milliseconds upon hearing that Justin lived in my city when he wasn’t spending time with his girlfriend, Selena.  SELENA!!  They yelled, jumping up and down as if their toes were being scorched by hot coals; their faces a menagerie of pleasure and pain.  “We love her!!” “She is my idol!” “She’s so beautiful!” “She is perfect!!” 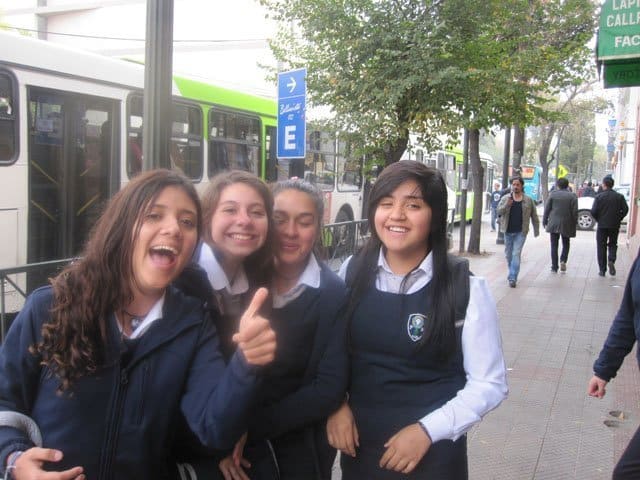 Four of the sweetest young ladies that I have ever met!

Her name was Stefania and she was accompanied by three other equally excitable Catholic school girls on their way home from a day of book-learning under the tutelage of Chilean nuns.  Her friends couldn’t speak a word of English, so I asked her where she’d learned the language?  She admitted that she wasn’t fluent, but had learned the basics by watching Justin Bieber videos and interviews.  I was astounded.  For the most part, we were able to carry on quite an extensive conversation, so it was interesting that she had learned so much with so few tools.

With Stefania acting as our beleaguered interpreter, we learned a lot about the vivacious, free spirits who were eager to learn English phrases from us as well as share some Spanish ones in return.  Our exchange ended abruptly when one of the girls noticed that their bus had just pulled up at their stop.  They looked back at us as they ran to say  “Goodbye!”  in between frantically waving for someone to hold the bus for them.  This chance meeting was truly a highlight of our day simply because I took photos of a steady stream of students passing us by as we waited to reboard our hop on hop off bus on the Santiago City tour.

Moral of the story: Take the time to go to the areas where you will have the chance to meet residents on their own turf.  Go beyond the sterile confines of the tourist traps, otherwise, you will miss out on real opportunities to learn what makes a city beautiful and that’s its people.  Good luck, Stefania…..as for what you want to do when you grow up: I know that you will make an excellent translator one day…..you’ve already gotten a great start.