You are here: Home / Inspiration / Creating A Climate Of Creative Discontent

Have you ever looked at someone who seemed to be living a charmed life?  It appears that everything this person touches is pre-ordained to turn into gold and from outside appearances such luck seems to be unwarranted.

On the other hand, there’s another person who never seems to catch a break.  After attempting several ventures it soon becomes apparent that if it wasn’t for bad luck, he’d have no luck at all. 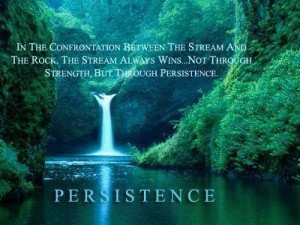 It would be difficult not to become discouraged.  From outward appearances this person has the misfortune of walking around with the proverbial black cloud overhead.

Now imagine that these two glaringly different people have the same background, education and for all intents and purposes the same opportunities in life.  How does one explain such a disparate outcome?  There is one important difference; one of the two is never satisfied with the status quo.

He realizes that there is no rest for the weary and is willing to make sacrifices to reach the goals that he’s set that will allow him to achieve what he’s set out to accomplish.

Creative Discontent is essentially the key to achieving every dream that you’d like to pursue.  It’s about fostering your creative juices and following your own path.  Everyone has within, the capacity to succeed or fail. 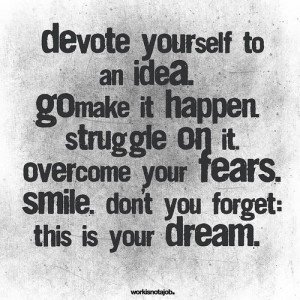 The striking difference between the two outcomes is the amount of effort exerted.  You will only get out what you put in. There’s a god-awful movie made back in the 70’s starring Arnold Schwarzenegger called “Stay Hungry”.  That title is precisely what is required to get to the next level.

If you allow yourself to be satisfied, you won’t try as hard, so things usually end up falling by the wayside because we’ve become lax in some aspect on the road to claiming our dreams.

We should focus our energies on seeking excellence, improvement and a progressive lifestyle realizing that we are imperfect but trying to get better.  That is the most that you can ask of yourself.

A great example of this is the story of the tortoise and the hare.  The one who ostensibly should have won didn’t because he got side tracked.  The one destined to lose, won because he stayed the course, had a set goal and went about meeting it.

This is a great metaphor for life in general.  There will be many who will not have faith in your abilities.  This can severely impair your self-confidence and can cause you to doubt what you know you are capable of.

The lesson is to not let roadblocks get in your way;  go around, under or over them to get to that finish line. Never give up the fight, move ahead and be confident in the fact that know one knows you better than yourself.  Hold fast to that universal truth.  Take that knowledge and parlay it into a winning formula that’s tailored to your unique gifts.

The person who succeeds only does so because they left no stone unturned to get them there.  If one strategy fails find another one.  As my dad use to say, “There is more than one way to skin a cat” (terrible imagery….but you get the idea).

Steve Jobs lived by that credo.  He was not technologically savvy, but he had the vision to see what could BE and he had the persuasive powers to draw others to help him achieve that vision.  His mind was always churning away, thinking of new concepts, new ideas, things that seemed ridiculous to others….but he did not allow that to discourage him.

Jobs went from laughing stock to one of the most influential human beings that ever lived because he believed in himself more than he did the opinions of others and that is where we will all find our victories in the end.  During his commencement address to the 2005 graduates of Stanford University, he said: 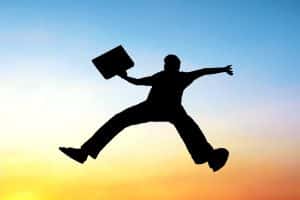 “Your time is limited, so don’t waste it living someone else’s life. Don’t be trapped by dogma — which is living with the results of other people’s thinking. Don’t let the noise of others’ opinions drown out your own inner voice. And most important, have the courage to follow your heart and intuition. They somehow already know what you truly want to become. Everything else is secondary.”

So dream bigger than you ever thought you were capable of.  If it sounds plausible to you, examine it, mull it over and if feasible, bring it into fruition.  Things always seem weird to others when it’s foreign to them, so never let that be your stumbling block.