Today’s picture is of the Alcatraz prison…The Rock….. located close to San Francisco. I chose it for several reasons. I’m a big fan of the movie, “Escape from Alcatraz” and I’m excited about the new JJ Abrams show, “Alcatraz” that will be televised this fall.

One of the things that I was not aware of before my visit was that the island was occupied by American Indians or Native Americans who felt that the government should honor the Treaty of Fort Laramie (1868). 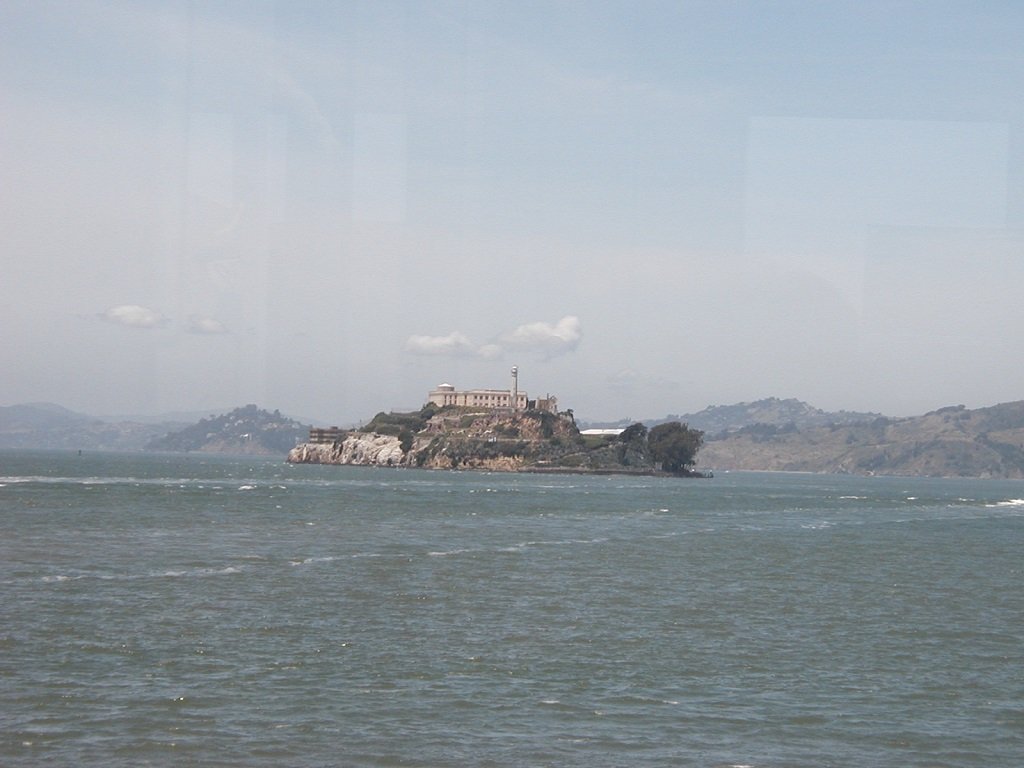 This treaty between the government and the Sioux tribe stated that all retired or abandoned federal lands would be returned to the Indian population, so five years after Alcatraz was declared so, a group of 79 native Americans declared that they were reclaiming the island and did so from 1969 until 1971.

Obviously, there was a welcoming committee too….judging from the photo. One interesting bit of trivia is that as a child, the actor Benjamin Bratt was one of the 79 that occupied the island.