Today, we continue our series where we sit down to interview fellow Travel Bloggers and get their take on the world of travel and while we’re at it some of their best travel tips too.  Next up, is Nicolas de Corte from his namesake travel blog, Nicolas de Corte!

The feeling of total freedom. I get up in the morning without wakening up by an alarm, I can get breakfast, or not, I can hang around or visit something, go on a tour or have a drink at a bar. If I feel like I’ve seen the place I can pack my stuff and leave for somewhere new. No duties, no boundaries.

I’m in love with Guatemala. Maybe it’s because that was the first time I traveled solo, but there’s something about the country that keeps me thinking about it. But if you want me to pick a particular place, I’ll go for Havana, Cuba. The atmosphere that hangs it that city is indescribable, it feels like the revolution was just yesterday like I’ve walked into a fifties movie. Maybe the rum and cigars also have something to do with it. 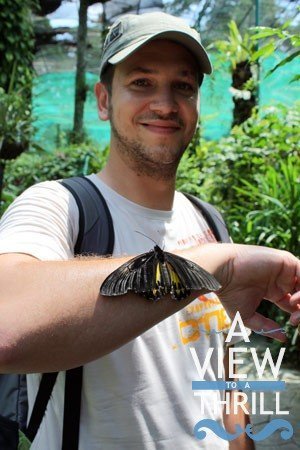 Nicolas and a friend in Kuala Lumpur, Malaysia

3)      What place would have to pay you to come back and even then you’d have to think about it?

Actually, I can’t think of any place that was so bad I would never want to go there again. Most Central American capitals (Guatemala City, San Salvador, Managua) are not a fun place to be, they are dirty, they stink and are dangerous. But those aren’t travel destinations, they are places where you end up switching buses or airplanes. I try to avoid them whenever I can, and if I can’t avoid them I try to get out again as soon as possible.

Thinking about Oaxaca, Mexico also makes my stomach turn, but that’s because I got a terrible food poisoning over there. It’s probably a nice city but I’ve spent most of my time there in the bathroom.  No happy memories.

4)      What is the best piece of advice that you’ve been given about traveling?

Don’t plan too much. To me, traveling is all about the experience and the best things happen unexpectedly. When you’re on a tight itinerary you’re less open to new things and you’re missing out on a lot. It is not possible to know how you will experience a place where you have never been before. There are places with a few “must sees” where I stayed more than a week and other places which are hot in the guidebooks but where I left after a day. It’s important to have the freedom to do this. It happens a lot that I change my plans only hours before and those changes often lead to my most memorable experiences.

Nicolas with his host family in Antigua, Guatemala

This may sound like a cliché and Mark Twain said it before me, but traveling really gives you a wider view on the world.  In this age of media and internet, you get a false idea that you can have a clue about what happens in the world from watching the news and surfing the internet. But people forget that media only tell you what they want you to believe. Therefore it’s important to see things with your own eyes to be able to get an objective image.

An example I use a lot is Cuba. According to the US, Fidel Castro is a dictator who ruined a country that had many possibilities (possibilities for the US, that is). He’s an enemy of the Western world. But if you go to Havana, there are big billboards saying that George Bush is a terrorist. Of course, this is Cuban propaganda, but it’s based on truth. In 1976 the US (read the CIA) sponsored the bombing of a Cuban airplane, how hard is it to make a link with 9/11?

At the moment, the Muslims are the enemy, therefore I really want to visit some Middle Eastern countries, to get to know their side of the story.

I have never volunteered while traveling because I have never traveled for a very long period. It is certainly something I would like to do, but at least for a couple of months and not for two or three weeks. I can be wrong here, but I think volunteering is something that works in two ways: You work for free to help a community to improve their living, and in return, you are accepted by the community and you learn from the people. No matter if you build houses or teach English, you learn how other people live and think by living with them. I don’t think this is something that can be achieved in a couple of weeks.

7)      What is the best piece of advice that you can give our readers?

Learn from others. There is no place where you can meet such a range of different nationalities and personalities than “on the road”. Next to locals you meet lots of other travelers from all different countries with opinions that are totally different than yours. Be open for that. Where you live your ideas may be considered to be the truth, but therefore that doesn’t exactly count for the rest of the world.

In Guatemala, I have taken some Spanish classes and at a certain moment, I was talking about life in Belgium. The response of my teacher was: “Oh my god, I would never want to live in a country like that! There are so many rules and restrictions. You aren’t allowed to sit in the trunk of a pick-up and you have to pay so many taxes.” What I see as security and stability, was for her, a total lack of freedom.

There are a couple of easy ways to decrease your spendings, like sleeping in dorm rooms and buying food and drinks in supermarkets instead of bars and restaurants.

As I said before, I don’t travel for very long periods, because I have a job which I don’t want to lose. But luckily, I have a lot of days off, and I try to spend as much free time as possible on traveling.

Next on my list is a three-week trip to the Balkans at the end of March, where I’m expecting to spend most of my time in Kosovo and Albania. And this summer I’ll probably go back to Central America. I still have to see a huge part of Nicaragua, and Panama is also high on my list. 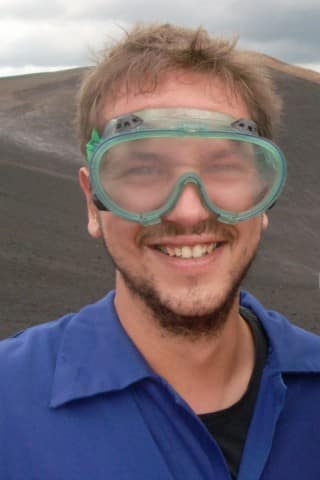 Nicolas getting prepped for volcano boarding in Leon, Nicaragua.

10)     What are the three things that you could never do without during your travels?

Actually, I’m quite a minimalist when it comes to traveling, I have a small backpack and I try to minimalize the weight as much as possible. I’m not the guy you’ll see hanging around with an iPhone, iPad, and iBook (or is it MacBook?).

But there are a couple of things I can’t miss:

1. Books: I like to read and especially while traveling. Next, to a guidebook, I take two or three other books, there’s always one or two travel stories (Bill Bryson, Peter Moore, Chuck Thompson, you name it) but often also something totally different like a thriller or something about local history. When I run out of books, there’s luckily a book exchange in almost every hostel.

2. My camera: Leaving it at home would save me a lot of weight, but travel photography is my passion and my camera is worth the weight. And once you’re used to shooting with (semi-) professional stuff, you can never go back to a point and shoot.

3. My MP3 player: I don’t have an expensive iPod, just some cheap thing but it does what it’s supposed to do: play music. I like to link certain songs or albums to my travels because later when I’m home and I hear one of those songs, they take me back immediately.

Thanks, Nicolas for agreeing to participate!  You are living proof that full-time work need not stop you from seeing the world.  Thanks for showing us how it’s done. 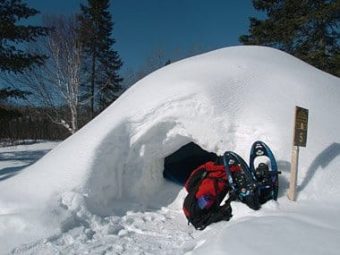 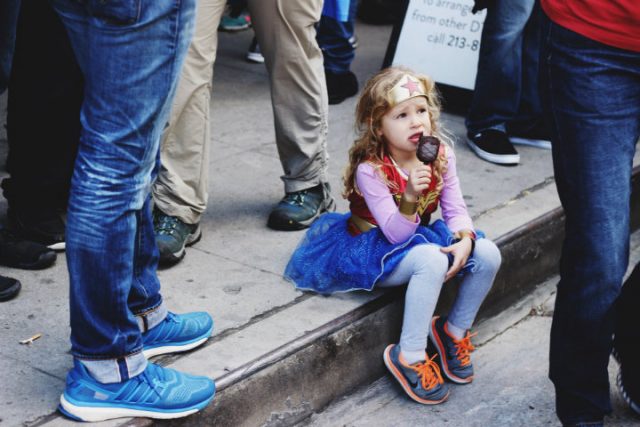 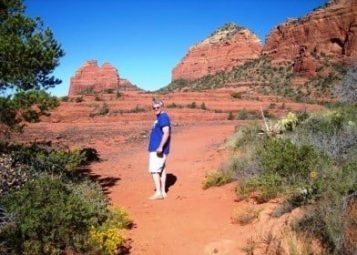 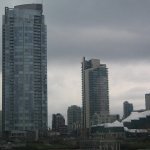