You are here: Home / City Views / A Pictorial Diary Of My Love Affair With Prague, Czech Republic

I managed to leave enough of my heart in Prague, Czech Republic, which would necessitate my going back someday to reclaim it.  It was only my third time in Europe, so I had already been tempted and seduced by the wily and comely offerings of Paris and Rome.

Prague promised not only to court my senses to sublime ecstasy, but to ensure that I would fall hopelessly in love with it.  So who was I to refuse?

Prague proved to be an enchanting city that takes pride in restoring and maintaining its historical churches, synagogues, castles, chateaus, and landmarks.  I’ve often thought that the ‘new world’ could take a page or two from our older brethren when it came to honoring and revering history.

At the same time, Prague welcomes the changing faces of the ages.  Somehow, modernity could never eclipse the old world architecture that makes the city one of the rarest jewels in the European Union.

Like most cosmopolitan cities, Prague is comprised of several neighborhoods.  Each one has its own delectable flavor that offers the visitor its unique perspective of the city.  One of the surprising things about Prague is that it is very pedestrian friendly.

We thought that we would spend a lot of time either on the subway or in a taxi, but you can easily get around the city center on foot.  The more commercial areas, that is, the ones most frequented by tourists are: 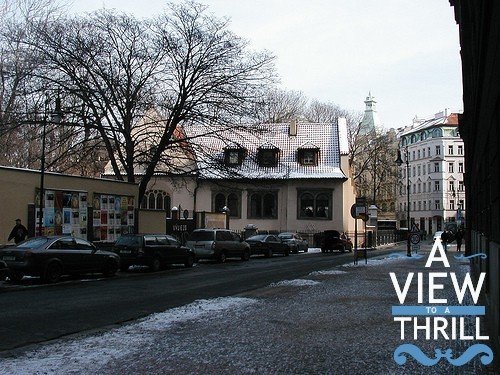 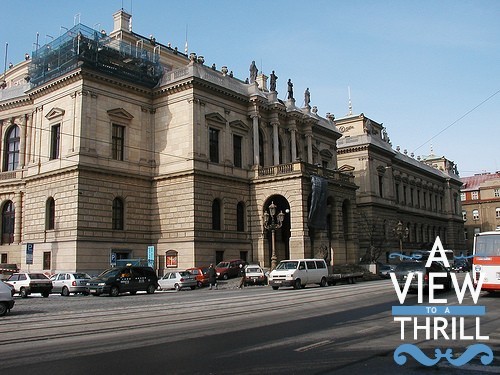 Built in the late 19th century, The Rudolfinum served as the seat of Czechoslovakian parliament between WWI & II and is now home to the Czech Philharmonic Orchestra 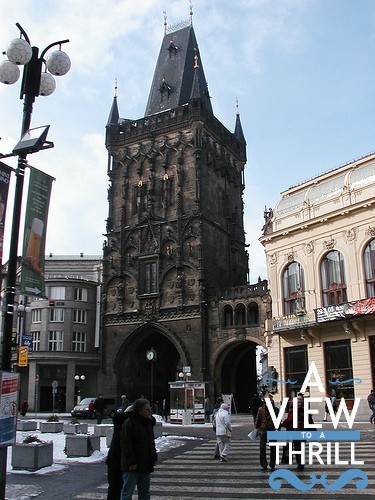 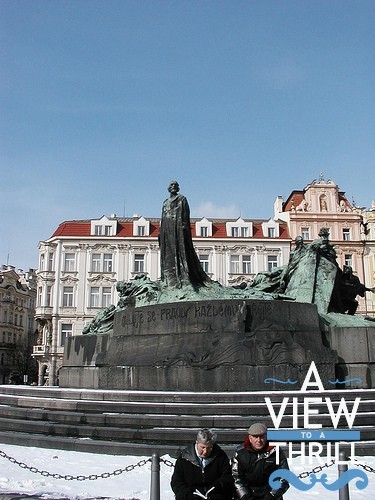 A Couple sitting in front of the statue of the Czech reformer, Jan Hus in Old Town, trying to decide what to see next 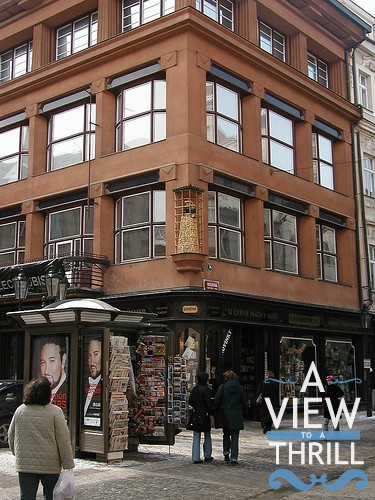 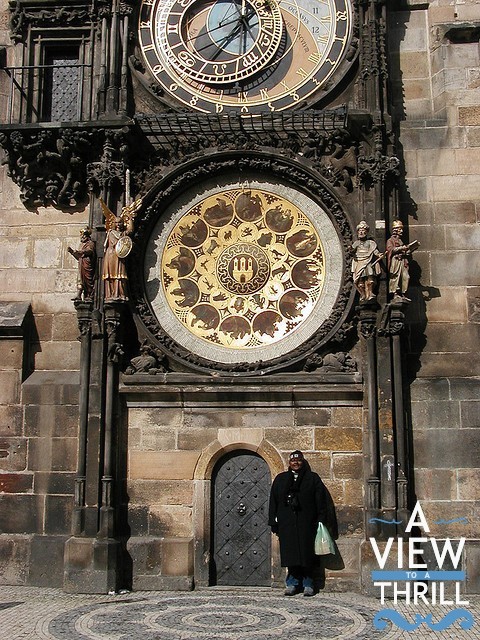 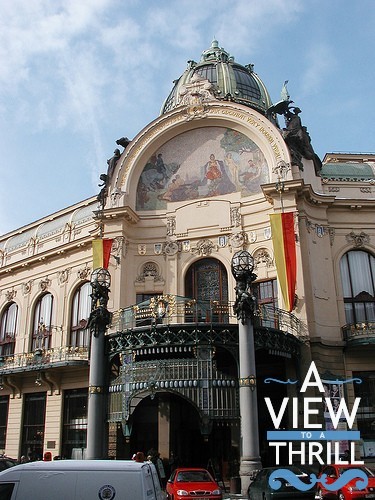 Located adjacent to Wenceslas Square in New Town, The Municipal House is an Art Noveau treasure where Czechs officially proclaimed their independence. 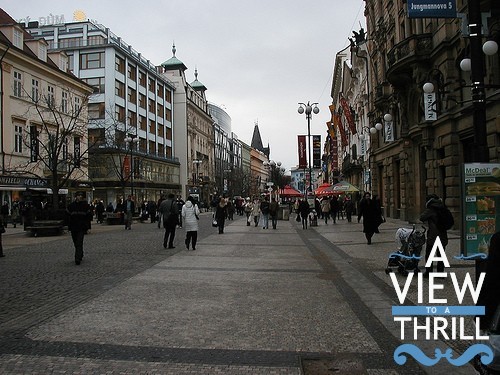 A bird’s eye view of the famed St. Wenceslas Square, the “Rodeo Drive” of Prague.   The Mucha Museum honoring Alfons Mucha is located just down the street to the right. 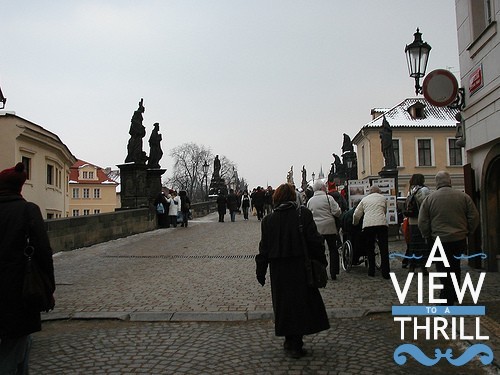 I got chills as I began my ascent upon the legendary Charles Bridge. It was exciting to trace the footsteps of so many from times past 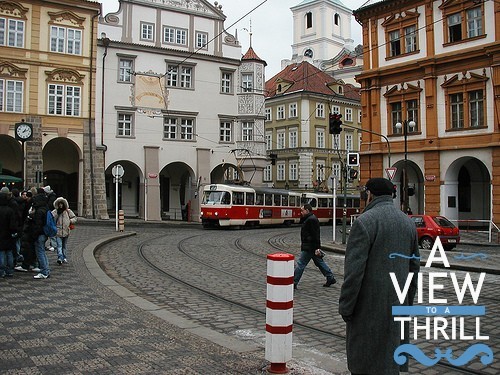 Waiting for the # 22 tram to come around the bend on Little Quarter Square in Mala Strana to take us to the Prague Castle. 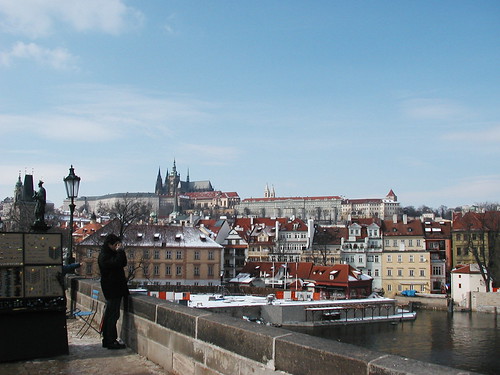 A spectacular view from the Charles Bridge looking out on the Vltava River in Prague. 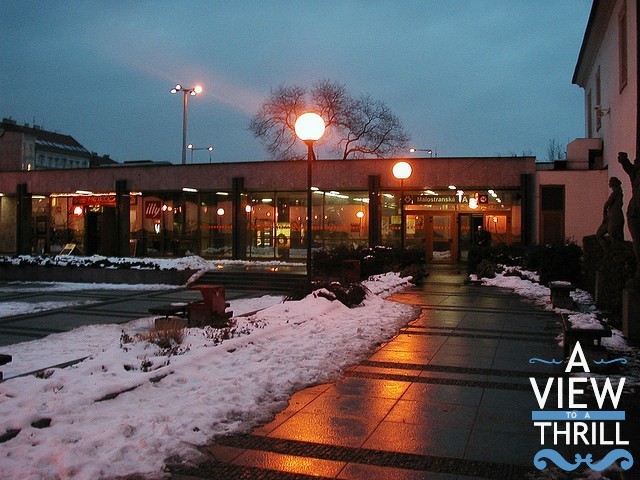 The entryway to the Malostranska subway station; located right down the street from our Hotel, The Waldstein 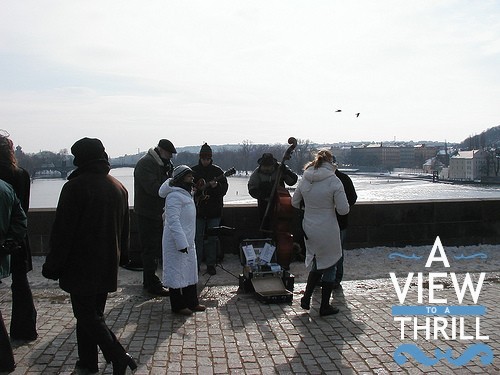 Stopping to listen to a trio of musicians stationed along the Charles Bridge (aka Karlovy Most).  You will find various artisans dotted along the length of the Bridge on any given day to entertain and sell their wares 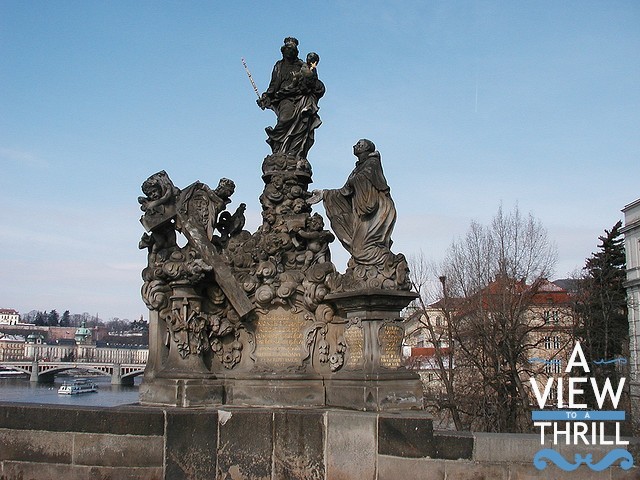 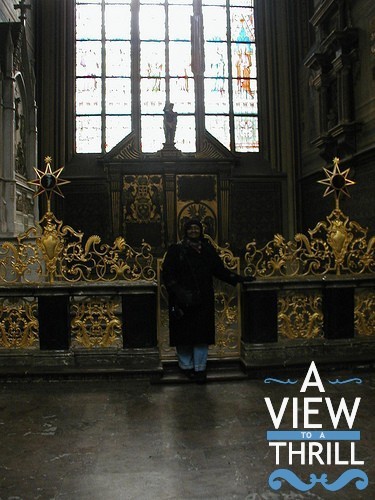 Standing in front of a sublimely baroque gate inside Prague Castle 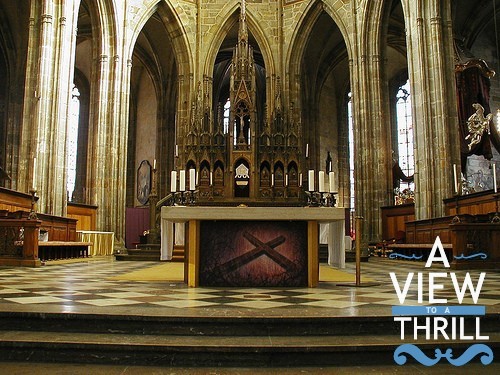 Viewing the altar of St. Vitus’ Cathedral in Hradcany 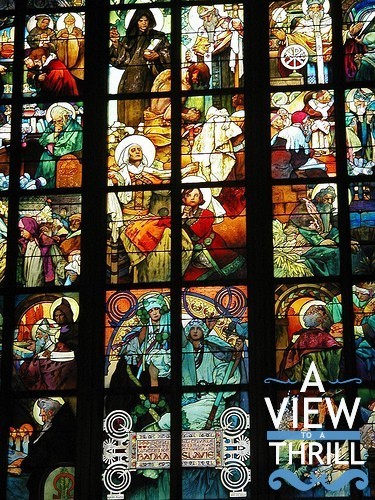 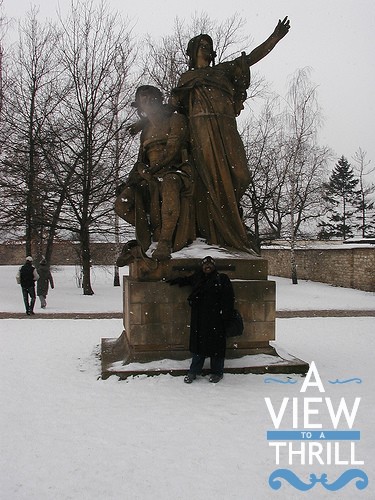 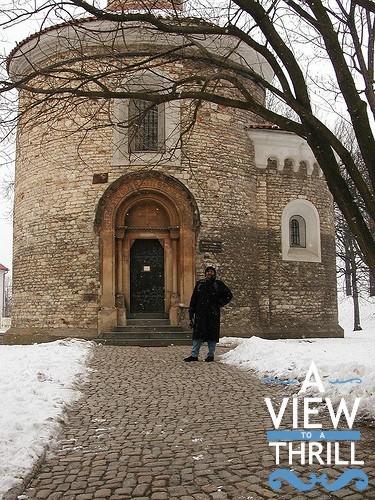 I’m standing in front of St. Martin’s Rotunda which only recently has been discovered to have an underground floor that’s been hidden for centuries 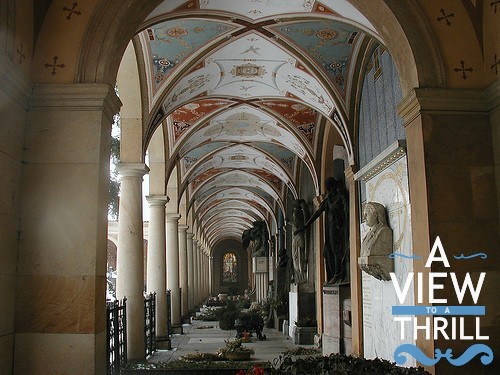 Walking through Vysherad Cemetery, where most honored Czech composers, artists, writers, scientists, and politicians are laid to rest
Previous Post: « Applying For A US Passport [The Newbie’s Guide]
Next Post: My Myrtle Beach, SC Trip Report »