This is the first in a series of infrequent articles that feature spa deals for the budget traveler.

Last week, I was fortunate enough to be in New York City for a travel blogging convention (Go #TBEX!). I’m not the girliest of girls, but I decided a little pampering couldn’t hurt. I said, “Self, this is a great opportunity to do something that you rarely get to do at home!” Since I had a dangerously good chance of winning a unibrow contest, I figured something along that line was in order. I was very happy to come across the aptly named “City Brows” which was located a block from the hotel that I was staying at off-Broadway and between 78th and 79th streets. 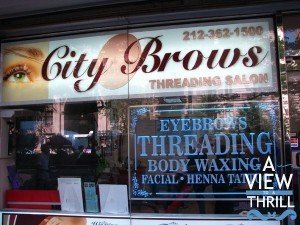 This spa, owned by the Anitra family, specializes in brow threading but also offers facials, manicures, waxing and henna tattoos (if you are so inclined). I’d heard about threading but never had the opportunity (nor the desire) to try it. It’s a centuries-old process used mostly in middle eastern countries and India. The clinician uses her teeth to anchor the (sewing) thread and both hands to grasp several strands of the unwanted hair and a quick tug pulls them out. The process lasts for up to two to six weeks, about as long as tweezing, but more hairs are pulled which shortens the threading session. 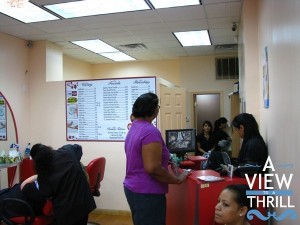 I will admit to some reticence as I was offered a chair. Let’s ‘face’ it, if they screw this up, it will make me mourn for that wretched unibrow. My daughter, Carisa actually got started before I did, so when I heard a few polite ‘ows’, I began to question my decision. But the 95-pound esthetician had me exactly where she wanted me and began gliding the thread ever so carefully over my face. It wasn’t as painful as I had imagined. At first, I thought I was being sliced because the feeling was so different from anything that I had felt before. I quickly became acclimated to that feeling and within five minutes, she was done. She asked if I wanted aloe vera rubbed over the brows and I said ‘YES!’ Please make sure that you do this because it allows the sting to quickly subside. 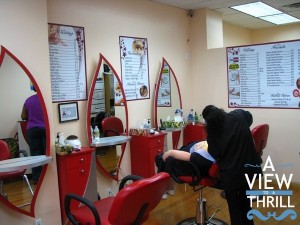 Now, the moment of truth…..the mirror’s point of view. I leaned forward and was astonished. My brows were a set of perfectly contoured arches that would put the St. Louis arch to shame. They looked like they fit my face….it was not outlandish or too thin or clownish looking. We were both very pleased with the outcome. The cost of this excursion into cosmetic bliss? $8.00!! They even offer a deal where you get your tenth threading for free. Are you listening, New Yorkers? This price was beyond reasonable and for both brows no less! If you find yourself in the neighborhood take a chance and try something new. I mean isn’t that one of the main reasons for traveling anyway and if you happen to live there, so much the better! The Anitra family was very professional, courteous and knowledgeable. I highly recommend them. 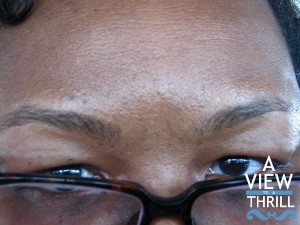 Now, it’s your turn. What little-known, hidden treasure, have you discovered during your travels (or at home)? What made your experience special? Did you get a great deal?

Previous Post: « How To Dust Off Your Old Traveling Shoes…… When It’s Been Awhile Since You’ve Hit The Road
Next Post: First-Time Flyer? What to expect [THE NEWBIE’S NO FUSS GUIDE] »